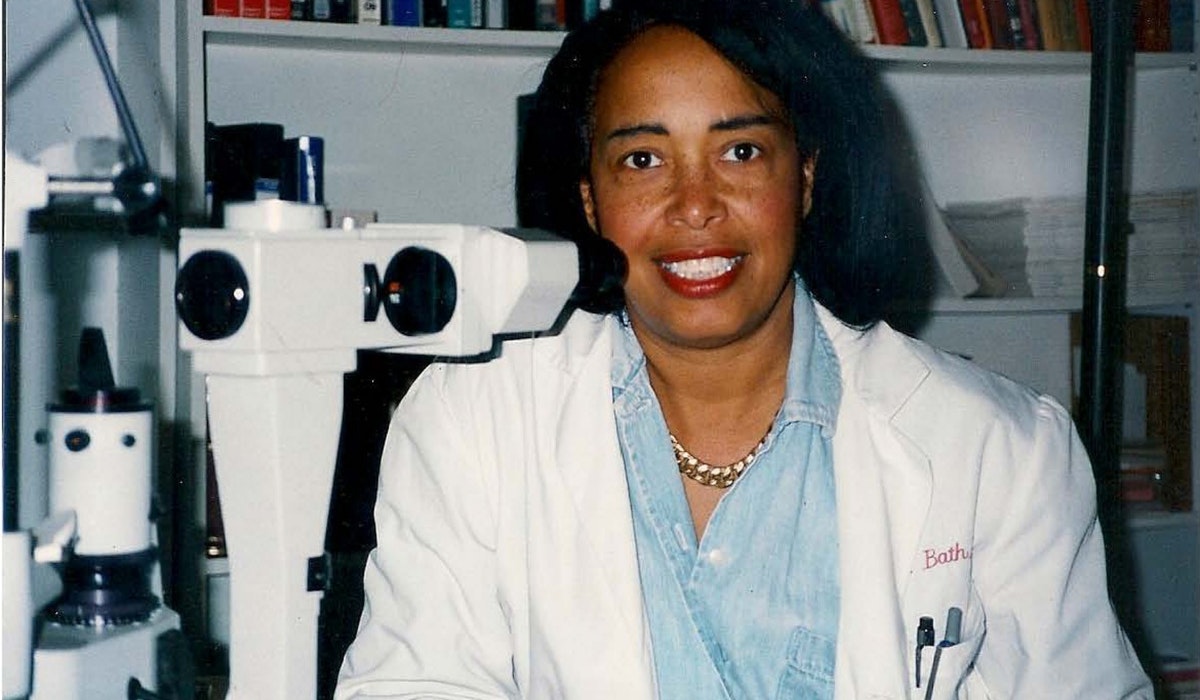 As we noted in our July 2019 Community Blog post, many of the world’s greatest scientific discoveries have been made by women “in medtech history.” In this post, we honor the legacy of Patricia Bath, MD, a true trailblazer who overcame sexism, racism, and relative poverty to become an ophthalmologist, inventor, and humanitarian in the prevention and treatment of blindness.

Think Big. That’s the theme of everything we do here on the MedTech Strategist Community Blog, to support the trailblazers—the courageous and passionate risk-takers—who are changing our world with their innovative medtech inventions.

In this installment of In MedTech History, we honor Patricia Bath, MD, a true pioneer and humanitarian, and one of the most decorated women in the medical field, who really thought BIG. Bath was the first African American woman doctor to patent a medical device, the Laserphaco Probe for the treatment of cataracts, which has helped restore or improve vision to millions of patients worldwide—making it one of the most important developments in the field of ophthalmology. And, she co-founded the non-profit American Institute for the Prevention of Blindness, an organization whose mission to this day is to protect, preserve, and restore the gift of sight, “provided free if necessary for all humankind.” But that’s not all.

Raised in Harlem, New York in the 1940s and 50s, Bath’s mother piqued her interest in science by buying her a chemistry set, and her father, a former Merchant Marine, taught Bath about the value of travel and exploring new cultures. After graduating from high school in only two years, Bath headed to Hunter College, where she earned a bachelor's degree in 1964. She traveled to Yugoslavia in 1967 to study children’s health, where she observed the acute lack of eye care among minorities and poor populations, leading to high rates of preventable blindness. This experience, among others, set the trajectory for her future.

She earned her medical degree and graduated with honors from Howard University in 1968. She then interned at Harlem Hospital, and began an ophthalmology fellowship at Columbia University on Manhattan’s Upper West Side. Traveling between the two locations, Bath observed that at the eye clinic in Harlem, half the patients were blind or visually impaired. At the Columbia eye clinic, in contrast, there were very few obviously blind patients. This observation led her to conduct a retrospective epidemiological study, which documented that blindness among blacks was double that among whites. She reached the conclusion that the high prevalence of blindness among blacks was due to lack of access to ophthalmic care.

As a result, she proposed a new discipline, known as community ophthalmology, that combines aspects of public health, community medicine, and clinical ophthalmology to offer primary care to underserved populations. She persuaded her professors at Columbia to operate on blind patients for free, and she volunteered as an assistant surgeon.

In 1974, Bath joined the faculty of UCLA and Charles R. Drew University as an assistant professor of surgery (Drew) and ophthalmology (UCLA). The following year she joined the Department of Ophthalmology faculty at UCLA's Jules Stein Eye Institute.

By 1983, she was chair of the ophthalmology residency training program at Drew-UCLA, the first American woman to hold such a position. Despite university policies extolling equality and condemning discrimination, Bath experienced numerous instances of sexism and racism throughout her tenure at both UCLA and Drew. Determined that her research not be obstructed by the “glass ceilings,” she took her work abroad to Europe.

Then, in 1986, Bath took her place in medtech history. Dissatisfied with the current industry standard for surgically removing cataracts, she invented a new device and technique known as the Laserphaco Probe. The surgical tool uses a laser to vaporize cataracts via a tiny, 1-millimeter insertion into a patient’s eye. The device—which quickly and nearly painlessly dissolves the cataract with a laser, irrigates and cleans the eye and permits the easy insertion of a new lens—is used internationally to treat the highly prevalent disease. In 2000, she was granted a patent for an ultrasonic technology to treat cataracts.

Her greatest passion, fighting blindness, continued until her death from cancer in May 2019. According to a quote in Time magazine, Bath said this about her accomplishments: “I wasn’t seeking to be first. I was just doing my thing, and I wanted to serve humanity along the way—to give the gift of sight.” And, for this, the Community Blog is humbled to honor her memory.

See the related MedTech Strategist articles and blog posts listed on the right side of this page, among others in our extensive archives, that cover recent advancements in ophthalmological surgery.

(Caption for image above: Patricia Bath, MD at her Los Angeles home office, 1994. Courtesy of the US National Library of Medicine)

The Other Side: MedTech Strategist & Reimagining Events with Kristy Kennedy