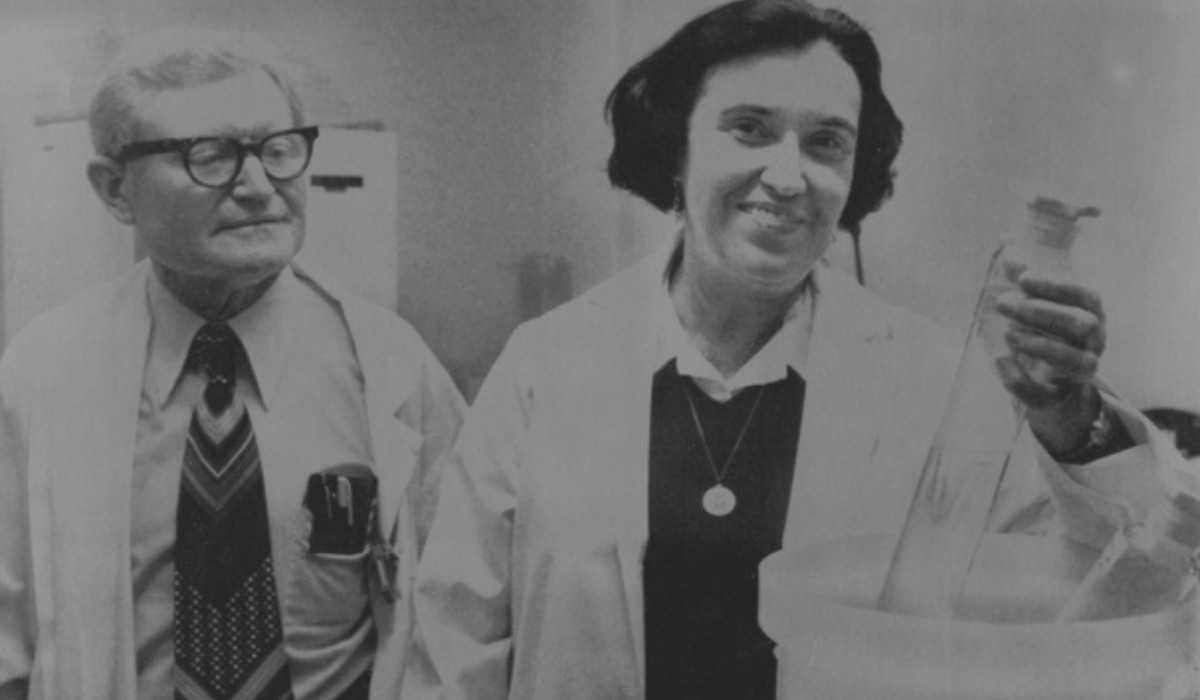 Many of the world’s greatest scientific discoveries have been made by women in medtech history. This post celebrates Rosalyn Yalow, PhD, an American medical physicist who was a co-winner of The Nobel Prize in Physiology or Medicine in 1977—the first American woman to be honored with this achievement—for the development of radioimmunoassay (RIA).

Rosalyn Yalow was inspired to become a scientist after reading Eve Curie’s biography of her mother, Marie Curie, and by a talk given in 1939 at Columbia University by Italian physicist Enrico Fermi, PhD, on nuclear fission. Like most women of her day, she ran into roadblocks as she pursued her dream. In 1945, thanks to the college scholarships available to women as men went off to serve in World War II, she earned her PhD in Physics at the University of Illinois—the second woman to earn this degree at the university. Afterward, she moved to the Bronx Veterans Administration (VA) Hospital, where she helped set up its cutting-edge radioisotope lab. Working alongside colleague Solomon Berson, PhD, she developed radioimmunoassay (RIA), a technique that can measure one-trillionth of a gram of material per milliliter of blood. Because of the small sample required for measurement, RIA quickly became a standard laboratory tool. 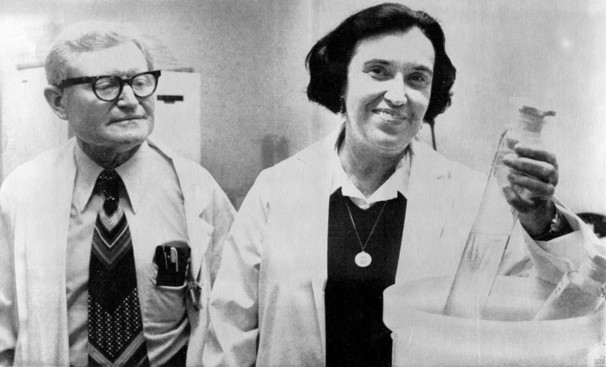 RIA revolutionized biological and medical research, and today has many uses in the diagnostics field. It is used in blood bank screening for hepatitis, narcotic detection, early cancer detection, measurement of growth hormone levels, tracking of the leukemia virus, diagnosis and treatment of peptic ulcers, and neurotransmitter research, to name only a few. (Read about just a few of the many novel diagnostics technologies that have been borne out of Yalow’s groundbreaking research, as covered by our MedTech Strategist editorial team, in the “Further Reading” section below.)

Yalow and Berson claimed that their discovery of RIA in the 1950s was an accident—an off-shoot of another investigation related to adult-onset diabetes, according to the Department of Veterans Affairs website. Their early work in the biology of metabolism showed that animal insulin given to diabetics produced antibodies in humans. They were able to “tag” insulin in the blood with radioactive iodine. Their discovery made what was then immeasurable—the body’s own circulating insulin—measurable. In a series of papers published between 1956 and 1960, the two scientists described the RIA method in detail. 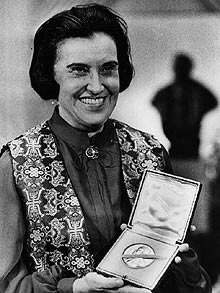 In 1977, Yalow was the sixth individual woman (seventh overall, considering Marie Curie's two wins), and first American-born woman, to win the Nobel Prize in a scientific field. She was also the second woman in the world to win in the physiology or medicine category, the first being Gerty Cori in 1947 for her role in the discovery of glycogen metabolism. She was awarded half of the $145,000 Nobel Prize money; Andrew Schally, PhD of the VA hospital in New Orleans, and Roger Guillemin, MD, PhD of the Salk Institute in San Diego, received the other half for their discoveries concerning peptide hormone production of the brain.

She received the Nobel Prize five years after Berson’s death. Berson probably would have been honored alongside her, but Nobel Prizes are not given posthumously. Following his death, Yalow requested that the laboratory where they both worked should be renamed in his honor.

In her acceptance speech at the Nobel Banquet on December 10, 1977, Yalow gave some powerful advice for women innovators:

“We cannot expect in the immediate future that all women who seek it will achieve full equality of opportunity. But if women are to start moving towards that goal, we must believe in ourselves or no one else will believe in us; we must match our aspirations with the competence, courage and determination to succeed; and we must feel a personal responsibility to ease the path for those who come afterwards. The world cannot afford the loss of the talents of half its people if we are to solve the many problems which beset us.”

In 1988, Yalow received the National Medal of Science, which is given to Americans who deserve the highest honor in science and technology. She maintained emeritus status at the Bronx VA Medical Center and Mount Sinai Hospitals until her death in 2011.

This “In MedTech History” post celebrates the 51 remarkable female Nobel laureates to date (52 awards to date; Marie Curie was honored twice, with the 1903 Nobel Prize in Physics and the 1911 Nobel Prize in Chemistry). We can’t wait to see the scientific discoveries to come from women scientists that will forever change the medical technology space!

Watch the Community Blog for additional coverage of remarkable women “In MedTech History” who changed the world of science and technology.

Simple Infusers: Unlocking the Potential of Insulin in Type 2 Diabetes

How Genomics, Big Data, and Consumerism are Bringing Entrepreneurial Opportunities to Infertility

How the Device Industry Can Win in Cancer Immunotherapy: Devices as Immunoadjuvants

Is your device company aware of the awards available from the US military for cutting-edge medical technologies that address the COVID-19 pandemic and are FDA EUA submission-ready? MTEC’s William Howell offers advice to device companies looking to submit a proposal, and also previews upcoming needs for novel, rapidly deployable solutions in the areas of telehealth and ventilation.