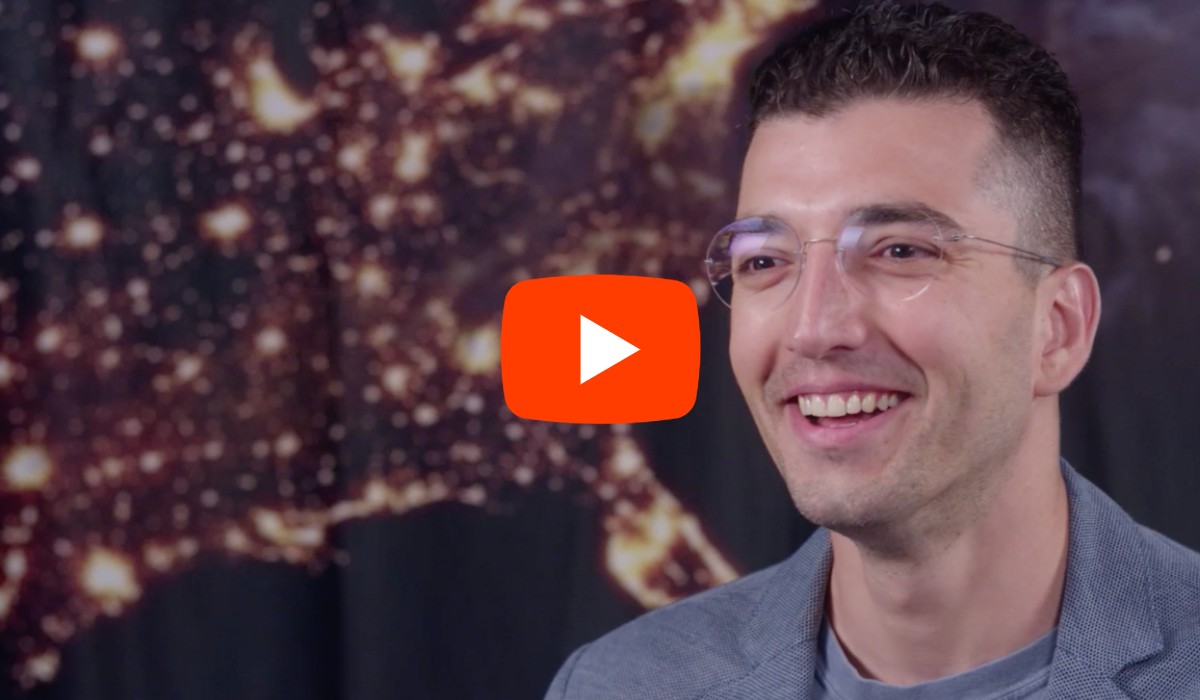 'Meet the Innovators' Season 2, Episode 5: A video interview with Mehran Talebinejad, PhD, Co-founder and CEO, NeuroQore Inc.. Silicon Valley medical device start-up, NeuroQore Inc., has developed a novel platform technology that it believes can be applied to many neurobehavioral disorders and could provide rapid treatment for major depressive disorder (MDD). The team is striving to put an end to the most devastating of all endings: suicide.

We all know someone, a family member, a friend, suffering from depression.

Meet Mehran Talebinejad, PhD. Mehran is co-founder and CEO of NeuroQore Inc., a Silicon Valley medical device start-up with a novel platform technology that it believes can be applied to many neurobehavioral disorders and could provide rapid treatment for major depressive disorder (MDD). The team is striving to put an end to the most devastating of all endings: suicide.

According to NeuroQore, MDD affects approximately 16 million people in the United States and 121 million people worldwide, with a global economic burden of $2.5 trillion, annually. That doesn’t include the emotional burden, which is impossible to quantify but is just as, if not more so, significant. Some 30%-40% of those affected do not respond to pharmaceuticals and concurrent cognitive behavioral therapy, the current standard of treatment, and as such are classified as having treatment-resistant depression (TRD).

Today’s options to treat TRD and acute suicidality are relatively barbaric: conventional repetitive transcranial magnetic stimulation (rTMS) and electroconvulsive therapy (ECT). Mehran believes that conventional rTMS is inefficient, outdated, and is not appropriate for acutely suicidal patients. And though ECT can potentially be effective in treating TRD, and thereby suicidal ideation, the delayed onset of effect and debilitating side effects drastically diminishes the value of the treatment. “That's where NeuroQore comes to play,” explains Mehran, “we are trying to replace ECT with our platform technology, which is based on the same mechanism of action as ECT, but it's much more focal. It doesn't trigger convulsion in the brain, and it has no systemic side effects.”

At a young age, Mehran was fascinated with the intricacies of the brain and how it functions, and by age 18 he was able to follow his interest in technology with his fascination of the brain, resulting in a PhD in electrical engineering with a focus on neuroscience. During his post-doc work, Mehran began to do “brain machine interfacing with non-human primates.” It was only after he built his first device, shares Mehran, that he realized “invasive brain machine interfaces are very important and difficult and brain surgery is very important and difficult.” He recognized that non-invasive tools are crucial to brain-machine interfacing in the absence of alternative approaches. “From there, we developed a platform which is the cornerstone of NeuroQore,” Mehran continues.

Along with his co-founder Adrian D.C. Chan, PhD, and a management team comprised of experienced executives including Peter Blaney of Induran Ventures, Mehran saw his vision realized and has now advanced the NeuroQore platform to improve the current rTMS treatment in a number of ways: faster and longer lasting clinical effects, personalized functional targeting, post-treatment brain assessments, and most notably, onset effects within hours not weeks. The team will target the population with the highest risk first: children with interactable suicidal behavior. In short, summarizes Mehran, “by using functional MRI we can identify dysfunctional circuits in the brain that are responsible for depression or other neurobehavioral disorders, and then using NeuroQore proprietary magnetic pulses we can modulate those circuits, change connectivity in them, or in other words, rewire those circuits and bring them back to normal function.”

In the last three years NeuroQore has completed its safety clinical studies and Mehran reflects, “seeing actual patients getting the treatment, people who are suffering from depression for many, many years, was very exciting.” With significant industry support from Ontario Brain Institute and SOSV’s IndieBio, both of which have been crucial to NeuroQore’s success; and from its membership in an elite group of medical device innovators as part of Texas Medical Center’s accelerator program, TMCx 2018, Mehran and his team are looking forward to completing their pivotal study, going from 20 patients to 300 patients and in multiple sites, across Canada and the US. From all of us at MedTech Strategist, we offer Mehran and the NeuroQore team congratulations and we wish you continued success!

WATCH THE SHORT, 9-MIN VIDEO INTERVIEW ABOVE TO LEARN MORE ABOUT MEHRAN, AND HOW NEUROQORE IS MAKING AN IMPACT ON THE HEALTHCARE INDUSTRY.