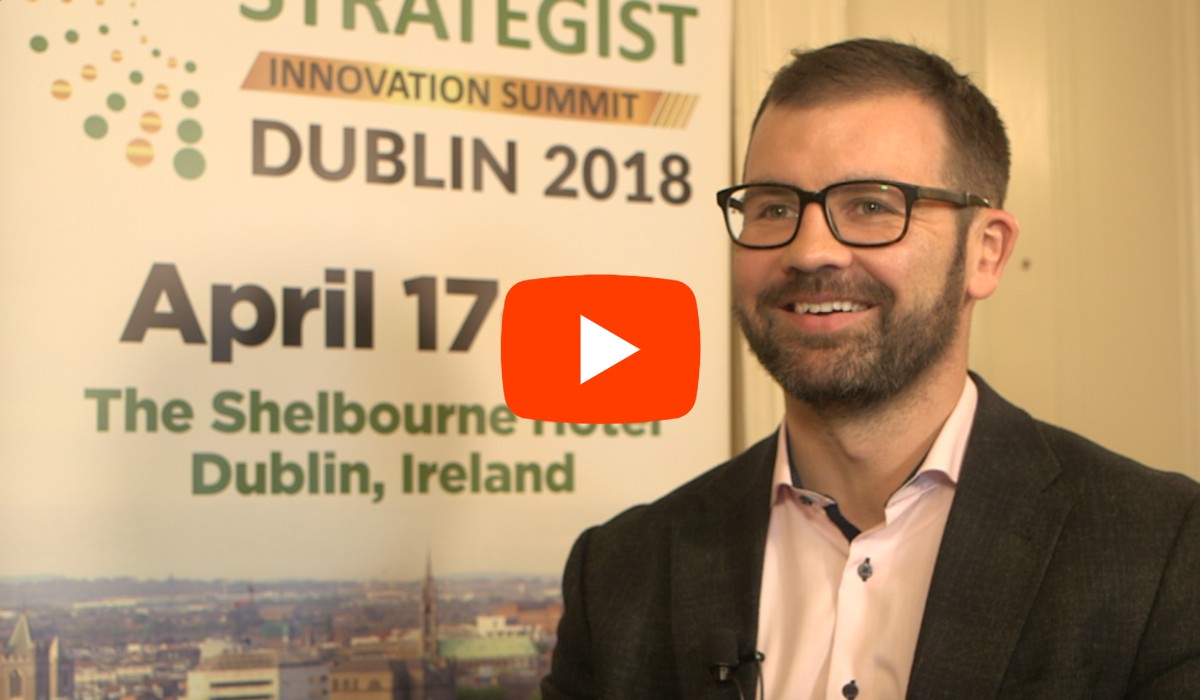 'Meet the Innovators' Season 1, Episode 2: A video interview with Jason McKeown, MD, co-founder and CEO, Neurovalens. Neurovalens is an independent “careable technology” company whose Modius Health platform uses neuroscience with the goal of solving the mega-problems of obesity, diabetes, epilepsy, migraine, arthritis, anxiety, depression, and if that's not enough, even long-term space travel.

Meet Jason McKeown, MD. Jason is co-founder and CEO of Neurovalens, an independent “careable technology” company whose Modius Health platform is using neuroscience with the goal of solving the mega-problems of obesity, diabetes, epilepsy, migraine, arthritis, anxiety, depression, and if that's not enough, even long-term space travel.

Jason became the youngest University of California, San Diego (UCSD) Visiting Scholar when he was invited to be part of the UCSD lab by his self-proclaimed inspiration: Professor V.S. Ramachandran, Director of the Center for Brain and Cognition and Advisor for Neurovalens or as he is most known, the inventor of the “mirror box” and author of “Phantoms of the Brain.”

Initially, the pair’s early work focused around stroke rehabilitation, but when they realized they could stimulate the more crucial areas in the center of the brain, particularly the hypothalamus which controls fat storage, muscle mass, and bone density, the duo looked back 50 years and discovered a NASA treasure trove of research. These early NASA papers declared conclusively, for the very first time, that vestibular stimulation has a direct effect on fat storage. Cue the lightbulb moment, and from there Modius was born.

As CEO of a company with a promising technology for treating a wide range of seemingly unrelated diseases and applications, Jason pursued an unorthodox dual funding approach: the traditional MedTech financing path and an Indiegogo Crowdfunding campaign in August 2017. The original funding target – secondary to the real value: data feedback – was $50,000 and was surpassed in only four hours. By the end of the campaign, Modius Health had made a name for itself in the consumer market and raised more than $2 million.

So, what’s next for this idiosyncratic start-up? Running parallel to the traditional multi-center clinical trials in the United States and the United Kingdom is an effort to continue Modius Health’s success on the consumer path, with orders in 84 countries and individuals chomping at the bit to get in on the ground floor.  And if that’s not enough, and to bring the NASA influence full-circle, Jason casually mentions that the team has started early work on spaceflight and long-distance space travel. Yes, space travel.

From the entire MedTech Strategist team, we offer Jason, and the Modius Health team, huge congratulations and best of luck.

WATCH THE SHORT, 11-MIN VIDEO INTERVIEW ABOVE TO LEARN MORE ABOUT DR. MCKEOWN, AND HOW MODIUS HEALTH IS MAKING AN IMPACT ON THE HEALTHCARE INDUSTRY.

The FDA, Investors Support Obesity Devices for the Bulk of Patients

The onslaught of COVID-19 has disrupted every facet of our lives, our communities, our economy. Everything. However, healthcare companies, such as ScaleHealth, are coming together in an effort to mitigate this disruption. Below we highlight several companies in ScaleHealth’s portfolio that are engaged in combatting COVID-19.