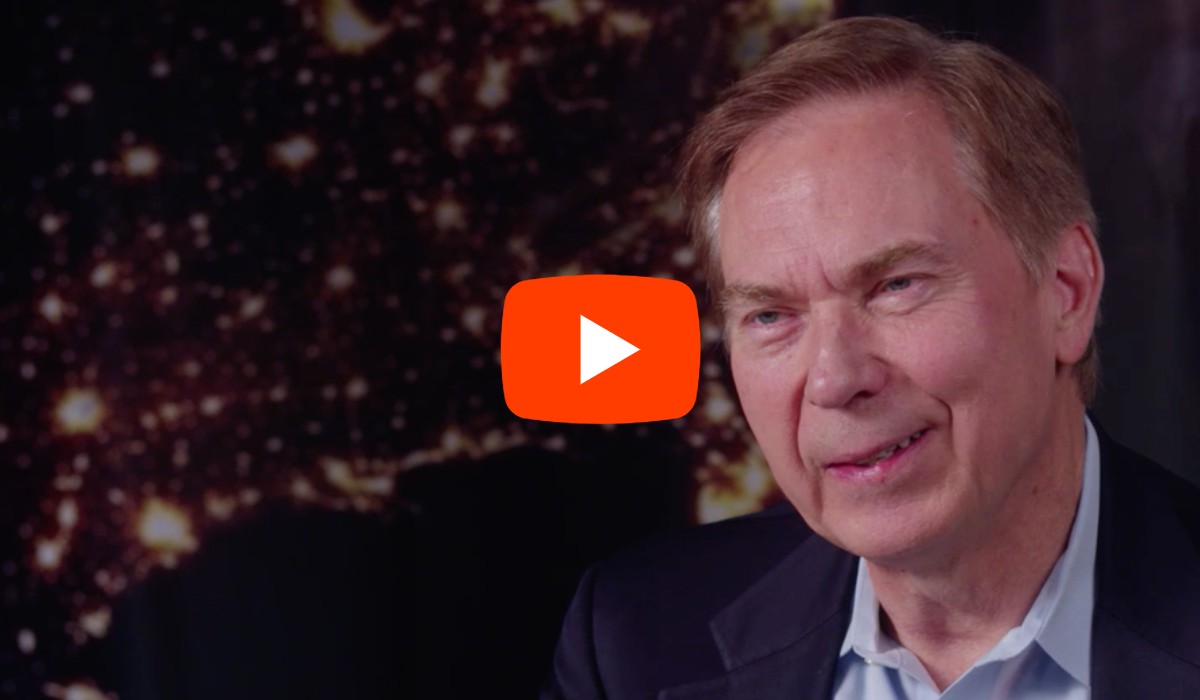 'Meet the Innovators' Season 2, Episode 9: A video interview with William Altman, CEO, and Christina Bolch, PhD, Sr Biomedical Engineer, CorInnova. Houston-based start-up, CorInnova Inc., is developing a minimally invasive soft robotic cardiac device that they anticipate will shift the paradigm of existing heart failure (HF) treatments, and may reverse the progression of HF or even prevent its development in post-heart attack patients.

Meet William Altman, CEO and Christina Bolch, PhD, Senior Biomedical Engineer of CorInnova Inc., a Houston-based start-up developing a minimally invasive soft robotic cardiac device that they anticipate will shift the paradigm of existing heart failure (HF) treatments, and may reverse the progression of HF or even prevent its development in post-heart attack patients.

HF occurs when the heart is no longer able to pump enough blood through the body’s circulatory system. According to the CDC, HF affects nearly six million people and accounts for over $30 billion in direct annual costs in the United States alone. Current medications do not address the root of the problem for some forms of HF and are generally ineffective at relieving symptoms. Many other interventions, such as left ventricular assist devices (LVADs), are aggressively invasive and touch the blood, which creates a whole slew of additional risks (see“Will Heart Failure Be the Next Growth Market in Transcatheter Structural Heart?” MedTech Strategist, March 13, 2019). CorInnova hopes its device can help fill the gap for the many short-term acute heart failure syndrome patients who are contraindicated for LVADs, potentially expanding the current 150,000 patient market by another 80,000 and the market opportunity from $4 to $6 billion annually.

William, a 20-year medical device entrepreneur, explains that he “always had an interest in science, and was fascinated with how we can use technology to make people’s lives better and save lives.” His drive to support medtech innovation led him to CorInnova’s founder, John Criscione, PhD, professor at Texas A&M. The professor realized that “if I could create a device that kept that wall from bulging outward and created good motion, maybe I could convince the heart not to grow and remodel and then it will pump in the proper shape," says William. Enter Christina in 2007, an intern at Criscione’s Cardiac Mechanics Laboratory. Exposed to technology by NASA’s Head of Mission Planning and NASA’s human computer, also known as her grandparents, Christina says that “I enjoyed my work so much during that internship that when I graduated, I stayed on full-time.” She continues, “we literally started working out of a garage and made prototypes out of materials that we bought at the grocery store and at the craft store.” With a prototype in-hand, Criscione turned to William to “help raise money and develop a good business plan that would really meet the needs of the market, and would attract significant investment,” finishes William.

The uniquely collapsible soft robotic device hugs both ventricles of the heart with adjustable saline-filled chambers to gently increase cardiac output using air pressure operating in sync with the heartbeat. Notably, the minimally-invasive device, delivered through a simple tube in a rapid mini-thoractomy procedure, never comes in contact with the blood, overcoming the limitations of current circulatory assist devices. Moreover, the device corrects heart motion and so has the potential to promote cardiac restoration. Christina Bolch, PhD, shows CorInnova’s device as it would appear when the heart contracts (See Figures 1 and 2). 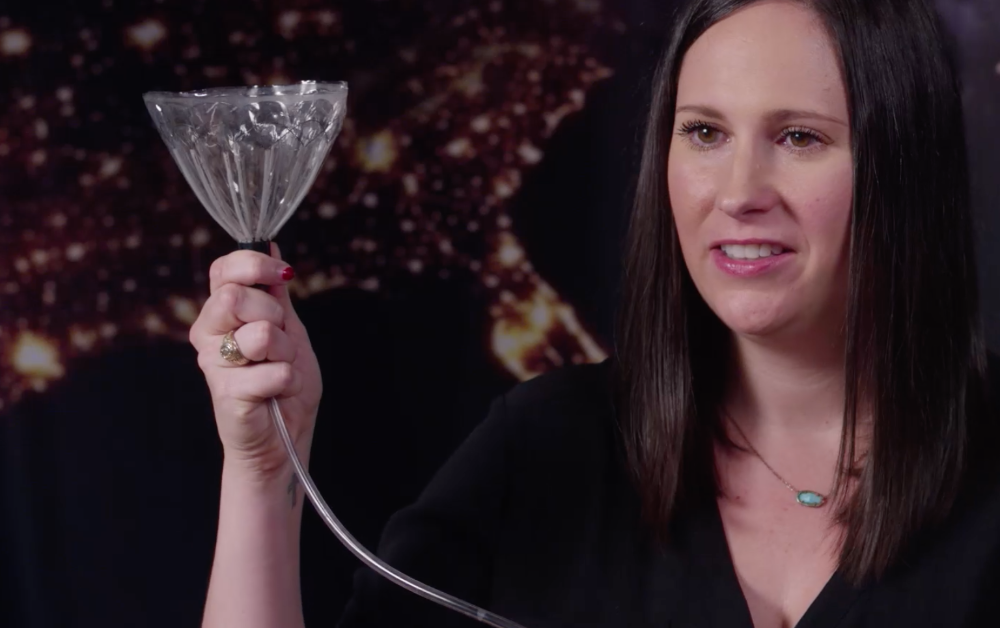 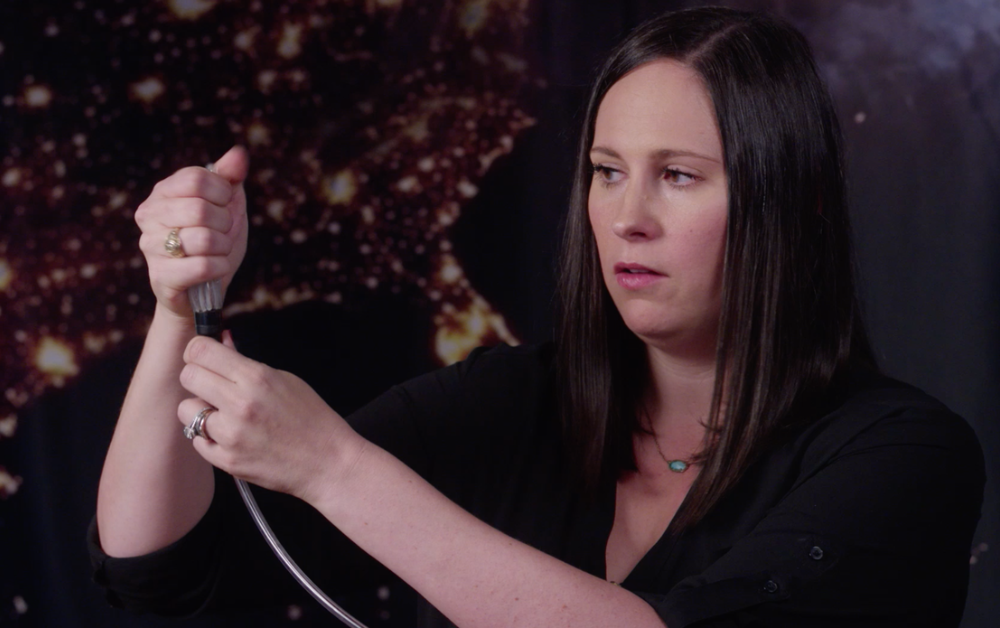 The latest device prototypes are being manufactured within FDA- and CE-mandated medical design control systems. It has been tested in large animal studies, with preliminary results showing an increase in cardiac output by 50%. “We plan to do our final set of animal safety studies and then re-manufacture the device for human heart size,” says William. “The next most important milestone,” he continues, “is completing a six-person in-human study and getting data that in humans this device works and works safely.”

The company is a resident of JLABS @ TMC, one of Johnson & Johnson Innovation’s 13 incubators worldwide. In 2015 CorInnova received a $6.1 million investment from the Wellcome Trust, and in 2018 the TMC Venture fund, TMCx, followed suit with an investment. From all of us at MedTech Strategist, we offer William, Christina, and the entire CorInnova team congratulations and best of luck!

WATCH THE SHORT, 14-MIN VIDEO INTERVIEW ABOVE TO LEARN MORE ABOUT WILLIAM AND CHRISTINA, AND HOW CORINNOVA IS MAKING AN IMPACT ON HEALTHCARE.

S2E11 - Odin's Turning up the Pressure on Compartment Syndrome Diagnosis