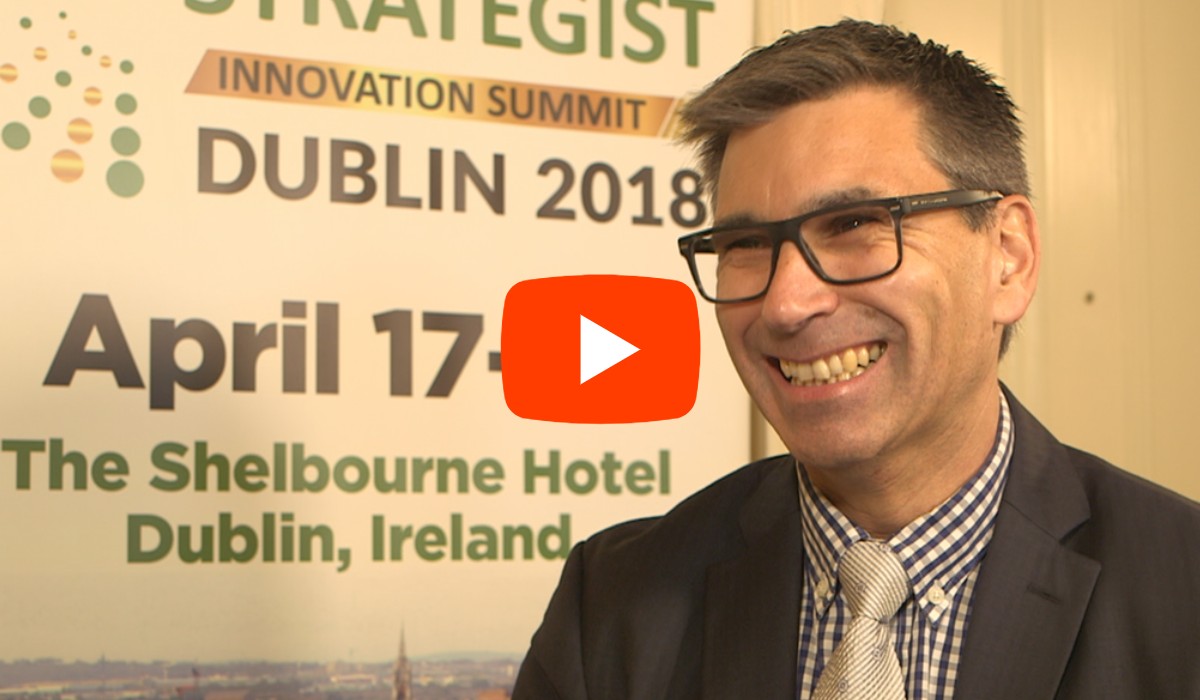 'Meet the Innovators' Season 1, Episode 11: A video interview with Arnaud Mascarell, MBA, co-founder & CEO, FineHeart SA. France-based FineHeart SA aims to make an impact on the second leading cause of death in the US and in Europe: heart failure (HF) with its first patented product ICOMS. The ICOMS is a hybrid system composed of a pulsatile smart pump, an electrical synchronization module, a control board, and an energy module powered by a TET system.

Meet Arnaud Mascarell, MBA. Arnaud is Co-founder & CEO of FineHeart SA, a Bordeaux, France-based emerging medical device company with a multi-faceted mission of improving patient health and quality of life by developing what it calls intelligent mechatronic solutions. FineHeart’s inaugural device aims to make an impact on the second leading cause of death in the US and in Europe: heart failure (HF); where a shocking one out of every five patients die within a year following diagnosis.

When FineHeart was founded eight years ago as part of the Biomedical Innovation Platform (PTIB), its vision was significantly more narrow: to disrupt the Left Ventricular Assist Device (LVAD) market by proposing to “patients suffering from severe heart failure, a long-term circulatory solution,” explains Arnaud. Current LVADs on the market are bulky, can cause substantial myocardial damage, are more prone to infection and thrombosis risk, and are only used in a meager proportion of the HF population.

As a student, Arnaud “studied technical things like electronics and mechanics, ” he reveals, “but, at that time I only had one regret: not to have performed medical studies.” His regret soon turned into opportunity when a professor quashed his concerns and reassured Arnaud that it’s not too late to change the trajectory of his career and to go for biomedical engineering. His new-found passion for engineering and medical devices led Arnaud directly to a hub of like-minded peers when Arnaud joined Medtronic, a “terrific company for medical development” as a clinical research engineer before returning to his “initial wish: developing a real-world device in order to help patients.”

FineHeart’s inception began after Arnaud was approached by internationally renowned cardiologist, Stéphane Garrigue, PhD, who had a deceptively simple idea. “I was even convinced that this idea would have already been thought about or patented somewhere, because it was so obvious,” admitted Arnaud. “When we realized that we had something completely disruptively simple in the way it works, we decided to found the company.”

The pair, joined later by Co-inventor of cardiac resynchronization therapy Philippe Ritter, MD, took an initial step toward disrupting the LVAD market with their first patented product, ICOMS (Implantable Cardiac Output Management System). The ICOMS is a hybrid system composed of a pulsatile smart pump, an electrical synchronization module, a control board, and an energy module powered by a Transcutaneous Energy Transfer (TET) system that allows wireless communication and therefore, no percutaneous drivelines. Additionally, the fully implantable mechanical circulatory support device, described as an electrical bicycle of the heart, will propel blood towards the aortic valve and will support the native cardiac contraction by accelerating the blood at every beat. The goal is to initially address NYHA Class IV patients (similar to conventional LVADs) and ultimately to expand to the NYHA Class III population in whom ICOMS could potentially slow progression of HF and in some, possibly lead to recovery through myocardium rest.

Today, Arnaud and his team have a “fully implantable proof-of-concept prototype, which has been implanted in a sheep, where it demonstrated its efficacy and [that it] was able to be programmed without any wires,” he says. However, he adds, “now we need to go further, we need to go for longer animal trials, we need to go in-human.” FineHeart is well on its way to disrupting the LVAD market after becoming a finalist in MedTech Innovator’s 2018 Global Competition, one of the winners of the 2017 Tech Tour European Venture Contest, and the recipient of the “2017 Startup of the Year Award” for the Great South Region of France. From the entire MedTech Strategist team, we offer Arnaud, and the FineHeart team, congratulations and best of luck!

WATCH THE SHORT, 10-MIN VIDEO INTERVIEW ABOVE TO LEARN MORE ABOUT ARNAUD, AND HOW FINEHEART IS MAKING AN IMPACT ON HEALTHCARE.