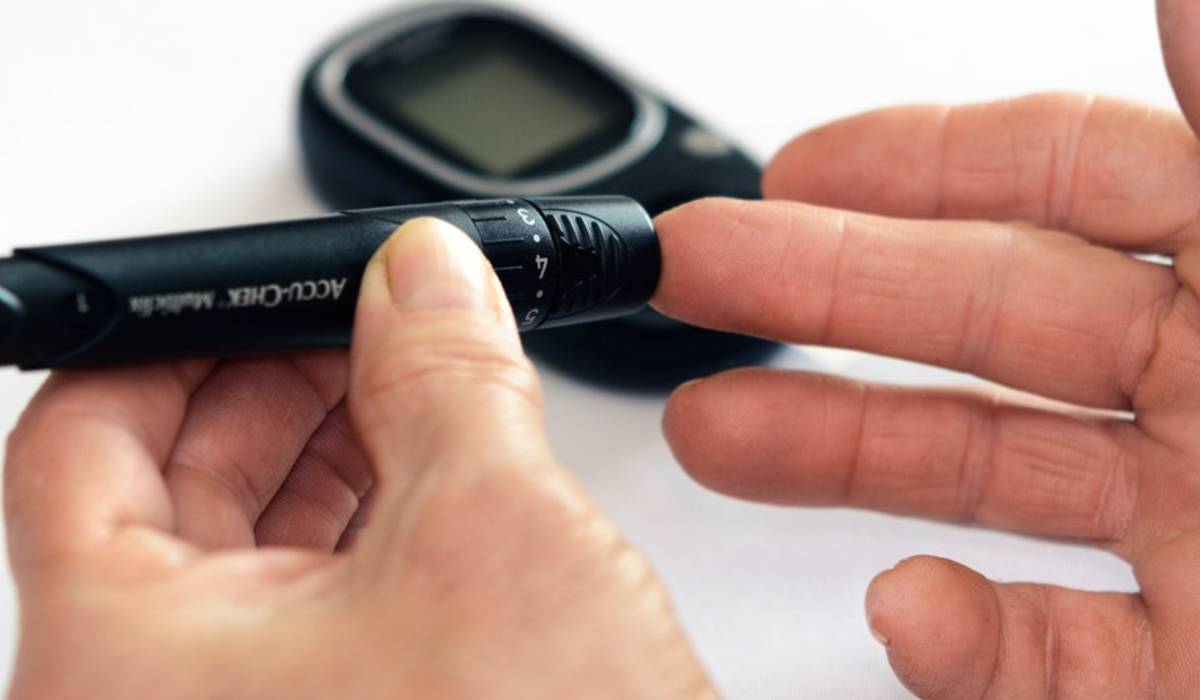 In this week’s edition of “In MedTech History,” we highlight recent developments in the brave new world of automated diabetes devices, including Tandem Diabetes Care’s US launch of its t:slim X2 Insulin Pump with predictive Basal-IQ Technology. Advancements such as these couldn’t be coming at a more opportune time: Diabetes is now the most costly chronic illness in the US, according to the American Diabetes Association.

As noted by the adroit MedTech Strategist editorial team in our popular annual “Technologies to Watch” feature, published earlier this year, the diabetes device market is one of the most dynamic growth opportunities in medtech, with an extensive pipeline of innovative products and an improving regulatory and payor landscape (see “Diabetes Devices: The High-Tech Transformation Continues,” MedTech Strategist, April 20, 2018). One medical breakthrough in pa 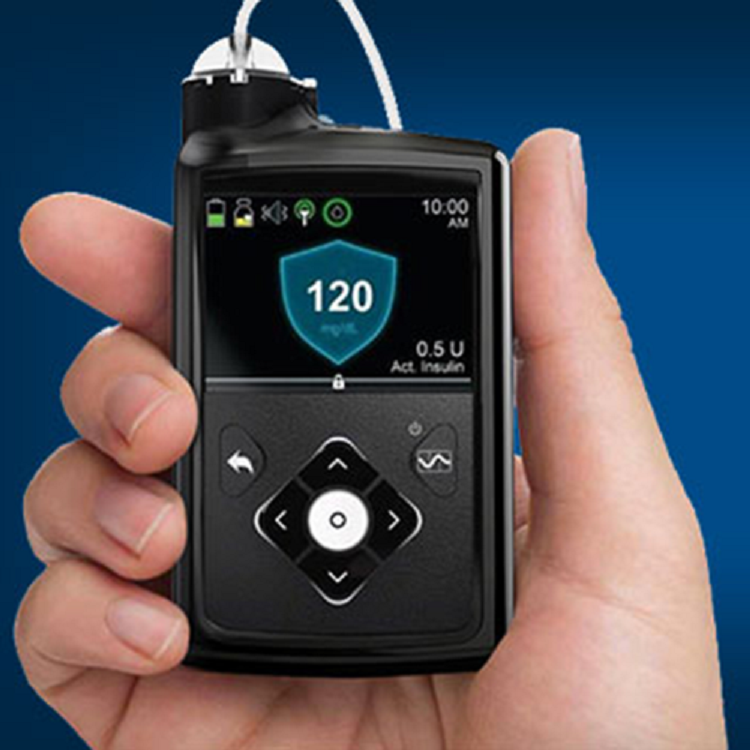 In June of last year, we saw a pivotal product debut: Medtronic plc’s MiniMed 670G hybrid closed-loop insulin delivery system, the first AP system to reach commercialization in the US, following a rapid FDA PMA approval in 2016. The 670G is a treat-to-range system that combines a MiniMed insulin pump with Medtronic’s new Guardian Sensor 3 seven-day continuous glucose monitoring (CGM) technology and its SmartGuard HCL algorithm. Although it is not a completely automated, hands-off device—patients must still enter information on their carbohydrate consumption, make manual bolus insulin adjustments, and periodically calibrate the sensor. However, it is the closest yet to the goal of a fully automated system. And, Medtronic received FDA approval this June for treatment of type 1 pediatric patients (ages seven and up) with the 670G. More than 100,000 people are active MiniMed 670G users, the company reported in August. 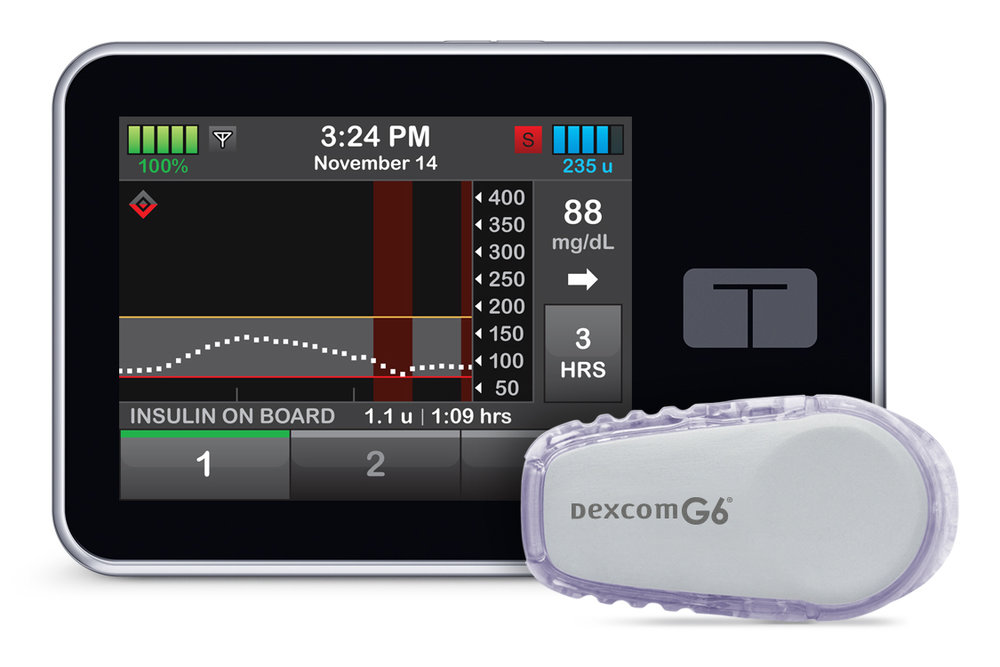 A competitor looking to challenge Medtronic in the AP arena with a user-friendly, automated insulin solution is San Diego, CA-based Tandem Diabetes Care Inc., which launched its t:slim X2 Insulin Pump with Basal-IQ technology in the US last month. The t:slim X2 Pump, the first ever touch-screen, rechargeable insulin pump, was initially FDA-approved in 2011. It is the only automated insulin delivery device approved for children as young as six. The pump is Bluetooth-enabled, so that feature updates can be installed remotely, via personal computer. The t:slim X2 is also currently in the regulatory process in both Canada and Europe.

Tandem’s Basal-IQ algorithm, available via a free remote software update for US t:slim X2 users, is designed to look 30 minutes into the future to predict where glucose levels are heading. The device suspends insulin delivery when low glucose is predicted, then automatically resumes delivery once glucose levels begin to rise. “Our system allows diabetic patients to wake up in control of their glucose level,” says 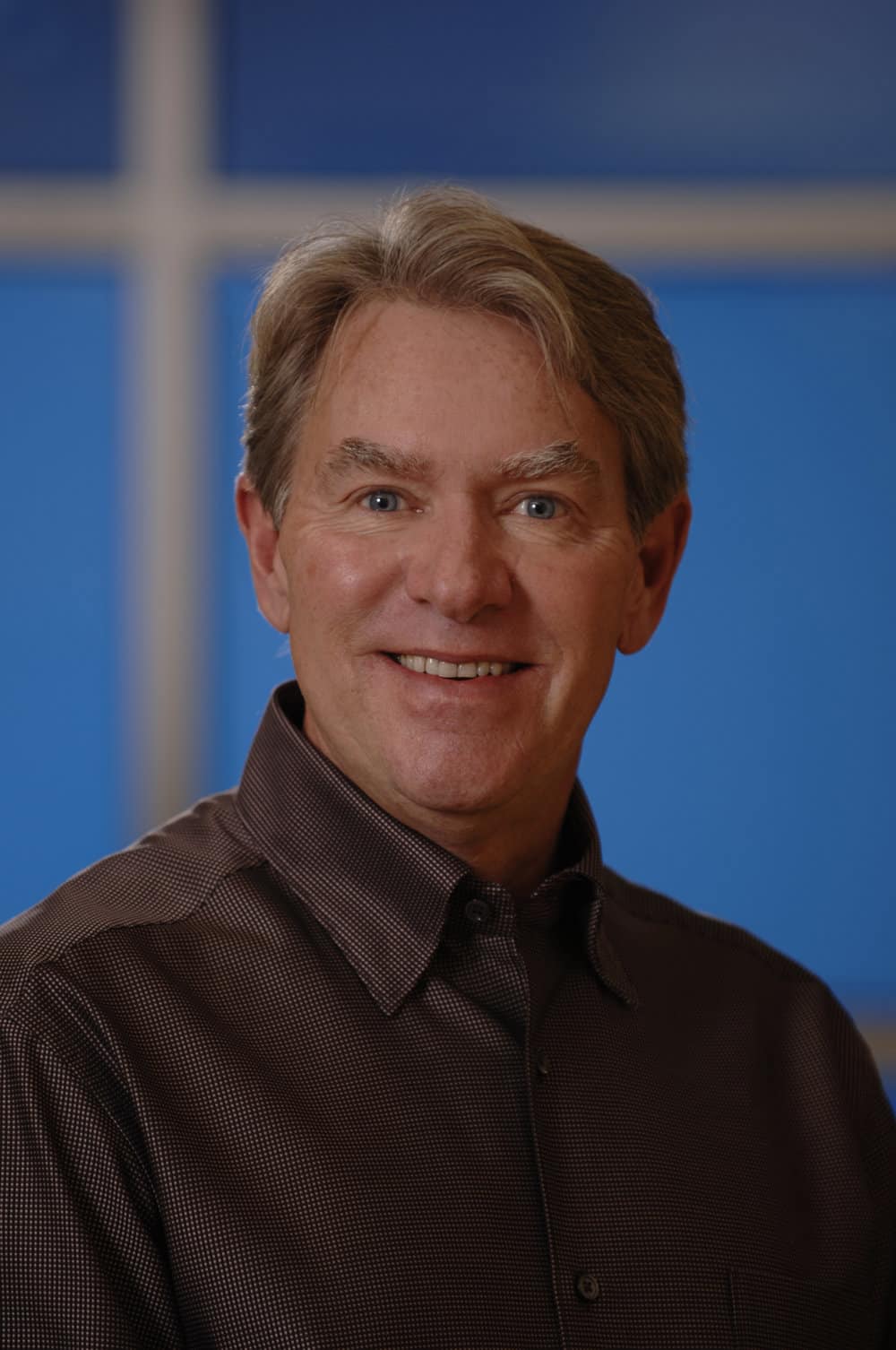 Kim Blickenstaff, President and CEO of Tandem Diabetes Care, in an interview with the MedTech Strategist Community Blog. “What we’re trying to do is take the human out of the loop, and close it with algorithms, much like an autopilot or cruise control in your car,” he continues.

The system is integrated with DexCom Inc.’s first-of-its-kind, fingerstick-free G6 CGM system. “The G6 has the approval for a no-fingerstick claim with the FDA, and that’s a big improvement,” says Blickenstaff. Blickenstaff, who has led Tandem for the past 11 years, was a director at DexCom from 2001 to 2007, and has a long-time interest in making glucose monitoring less invasive. He was also motivated by the difficulties that Tandem’s chairman Dick Allen and his family experienced with their young type 1 diabetic granddaughter in trying to control the highs and lows of her blood sugar levels.

An important advantage of the DexCom G6 CGM system, as mentioned in Part 1 of this post, is that it is designated as the first interoperable continuous glucose monitoring (iCGM) system, subjecting it to special controls that will allow future iCGM developers to easily bring products to market if they meet the now-set criteria, according to the FDA.

In Tandem’s pivotal clinical study, use of the t:slim X2 Pump with Basal-IQ Technology showed a 31% relative reduction in time spent below 70 mg/dL, with no rebound hyperglycemia compared to a CGM-enabled insulin pump without the feature. The system received high usability scores in the study, with 93% of participants indicating that it was easy to use, and 97% indicating that they felt confident using it. Tandem Diabetes' blood glucose sensors can be worn for 10 days, versus seven for Medtronic's MiniMed 670G, and they allow glucose data sharing with up to five followers.

Tandem’s product pipeline includes its next-generation Control-IQ hybrid closed loop system, a mobile app, and the t:sport “patch” pump. Control-IQ, currently being investigated in a pivotal clinical trial, will consist of the t:slim X2 pump with built-in hybrid closed loop algorithm and the DexCom G6 CGM. Control-IQ has automatic correction boluses to further address high blood sugars, which the company views as a significant improvement on competitive technologies. This system is expected to launch in summer 2019, subject to trial outcome and FDA approval. Like Basal-IQ, it is also expected to be available as a t:slim X2 pump software update, rather than requiring a new pump. The company has shipped nearly 78,000 insulin pumps since 2012, with five models launched to date.

The company’s upcoming mobile app will connect to the t:slim X2 via Bluetooth, allowing users to view pump status and alerts on their phone. The app will also wirelessly upload pump data to t:connect, Tandem’s web-based diabetes data application, and is designed to support future pump-control capabilities. “There’s a lot of technology that we’re bringing from the smartphone space over here into diabetes care,” says Blickenstaff. In addition, Tandem’s development-stage, miniaturized t:sport insulin pump (50% of t:slim X2’s size) is expected to begin clinical trials next year.

The innovations discussed here – and the growth in use of mobile health- and algorithm-based CGM and insulin pump systems – couldn’t be coming at a more opportune time (also see “QualComm Life: Advancing the Internet of Medical Things,” MedTech Strategist Community Blog, August 21 and 28, 2018). Diabetes is now the most costly chronic illness in the US, according to the American Diabetes Association, with diagnosed diabetes expenses totaling $327 billion in 2017 (a 26% rise just since 2012). One of every four healthcare dollars is incurred by someone with diagnosed diabetes, and one of every seven healthcare dollars is spent directly treating diabetes and its complications. In light of these unprecedented statistics, smart diabetes device technology will be one of the most exciting spaces to watch in the coming years.