Clearing the Confusion Around COVID-19 Testing: Where are We Heading? 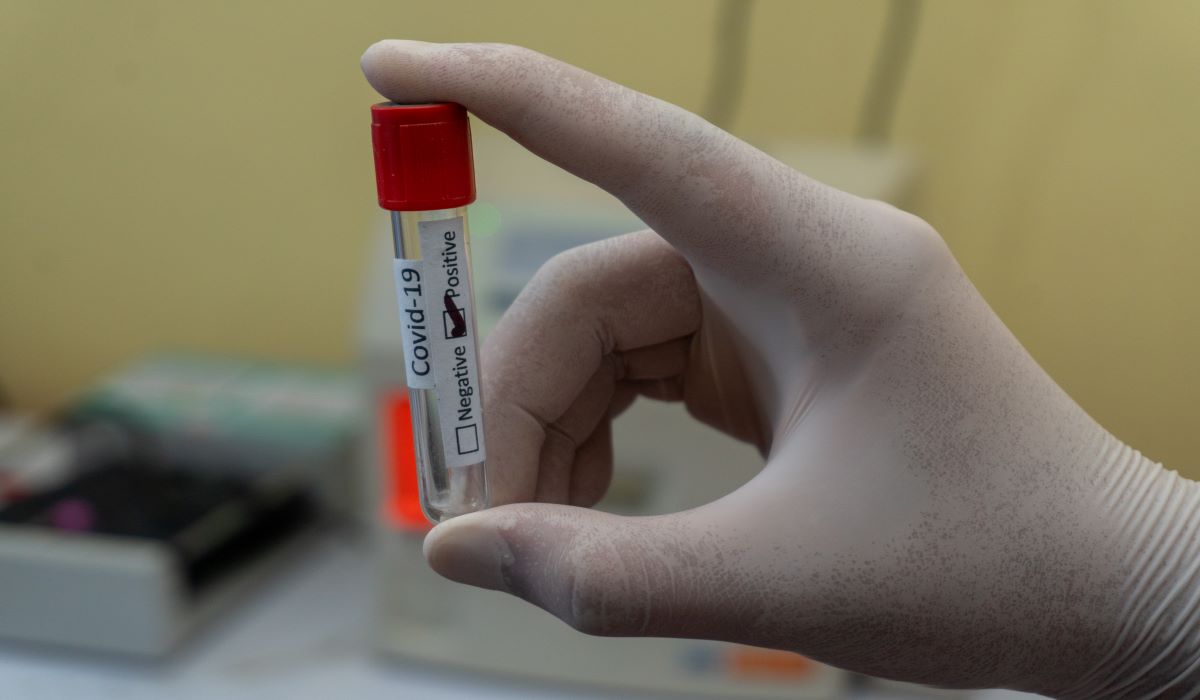 A panel at MedTech Strategist’s upcoming Virtual Summit will bring clarity to the murky world of coronavirus testing.

In many ways, the world has made remarkable progress in understanding and applying COVID-19 diagnostics. The pandemic is only 10 months old, yet a plethora of molecular, antigen, and antibody test technologies have launched into the market with remarkable speed to address different customer types, with varying levels of quality, turnaround times, and workflow options. Experts note that even more impressive technologies for rapid, at-home testing are forthcoming, and are bound to shift the paradigm again.

Yet, inadequate testing is at the core of the nation’s inability to control the COVID-19 pandemic. A lot of work is ongoing on optimizing testing strategies that have the potential to prevent mass infections in different settings, so that society can regain normal function safely. Implementation, however, has been a boondoggle at best. Wall Street sees a gold mine of opportunity for diagnostics manufacturers, but, 10 months into the pandemic, investors are still confused.

The federal government’s unwillingness or inability to lead on testing strategy has left a void, which think tanks and policy experts are working to fill with their own proposals. (See “COVID-19 Testing Strategies: Experts Weigh In,” MedTech Strategist, July 22, 2020.) Among the groups gaining traction is a collaboration of The Rockefeller Foundation and the Duke-Margolis Center for Health Policy, which jointly presented recommendations in “A National Decision Point: Effective Testing and Screening for COVID-19,” published in September and written by a top-tier team of policy experts, including Mark McClellan, MD, PhD, former FDA Commissioner and founding director of the Duke-Margolis Center, which is based at Duke University. Rockefeller furthermore has formed a testing solutions group, which facilitates bi-monthly meetings of public officials across the country who are committed to scale-up of rapid testing.

The report outlines four basic elements to a national strategy that can contain outbreaks, inform public health decision making, and respond to local COVID-19 prevalence rates. These are:

To make sense of these measures, join us for a panel featuring Mara Aspinall, one of the report’s co-authors and co-founder of Arizona State University’s Center for Biomedical Diagnostics, as well as one of the organizers of the school’s database-driven approach to tracking Covid-19 testing strategies, at the MedTech Strategist Global Investment & Partnering Virtual Summit 2020, which begins October 15 and runs through November 20, 2020. Other speakers include Jim Crawford, MD, PhD, SVP, Northwell Laboratories, Laurence Kotlikoff, PhD, professor of economics at Boston University, and Jeffrey Andrews, MD, worldwide clinical director at BD.

With the country behind on adequate availability of rapid tests, the authors of the Rockefeller/Duke-Margolis report recommend as a floor at least 200 million tests each month for schools and nursing homes alone—up from 25 million tests reportedly performed monthly in the US, as of September. The authors project that the number of available rapid tests will rise to 70 million per month by October and to as much as 200 million by January, but they cautioned that much about effective use of those tests depends on the federal government’s willingness to provide clear guidance and coordination of strategies, technology assessments. and supply chain management. In the absence of such guidance, state and local governments can take the lead (see table).

Strategies for different settings, based on likelihood of infection and transmission, as well as consequences of transmission, include assessment of community risk, using innovative methods to determine prevalence like surveillance of wastewater for virus particles shed into urine, and other factors like commuting patterns, living conditions, and holders of multiple jobs. In short, at its best, testing can be a flexible, if nuanced, tool.

Modeling by University of Colorado at Boulder researchers suggests there are multiple options to reduce infection transmission by greater than 90%, all requiring prompt isolation of infected individuals and other mitigation measures and balancing test performance metrics against turnaround times and budgets. Tests of varying sensitivities can meet this goal if used frequently and with rapid time to results. So, for example, based on this premise, tests that are 70%-80% sensitive can report results immediately, while those with 80% sensitivity or more that report results the next day can achieve the 90% reduction target, all other things being equal. Another model by Yale University and Massachusetts General Hospital found that reporting results of tests on asymptomatic people within eight hours every few days could prevent mass infection at a mid-sized college. Confirmatory PCR testing could be used to lower the false infection rate in populations with low active infection.

Another proposal takes the tradeoff between accuracy and frequency a step further. It is gaining increasing attention through the ceaseless efforts of proponents, notably the academic researchers Michael J. Mina, MD, PhD, an assistant professor of epidemiology at Harvard’s T.H. Chan School of Public Health, Roy Parker, PhD, chair of biochemistry at the University of Colorado, and Daniel Larremore, PhD, an assistant professor of computer science, also at the University of Colorado at Boulder. This group is advocating for less reliance on analytical perfection and more emphasis on timely, frequent results to achieving and maintaining low infection rates in broad populations. This is the optimal approach for screening large numbers of the general population to track disease spread in a community, the argument goes.

The idea first gained prominence this summer, with publication online in the pre-print platform MedRxiv of the authors’ paper on “Surveillance Testing of SARS-CoV-2.” It was followed most recently by a perspective column by the authors in The New England Journal of Medicine on September 30, entitled, “Rethinking Covid-19 Test Sensitivity: A Strategy for Containment.”

“It’ s time to change how we think about the sensitivity of testing for Covid-19,” the authors state upfront. “The Food and Drug Administration (FDA) and the scientific community are currently almost exclusively focused on test sensitivity, a measure of how well an individual assay can detect viral protein or RNA molecules. Critically, this measure neglects the context of how the test is being used…yet context is fundamental.” The key question, they emphasize is “not how well molecules can be detected in a single sample, but how effectively infections can be detected in a population by the repeated use of a given test as part of an overall testing strategy.” They note that the tests for Covid-19 population screening are inherently different from clinical tests designed for symptomatic people and note that there is not an FDA pathway for tests that are used as a regimen for epidemiological and population health purposes rather than for individual assessments.

Mina, in particular, has spent considerable time speaking publicly and privately with various stakeholders, including journalists, about testing issues, and voicing concern that the US is not doing enough testing at scale to contain the virus. On a call with reporters on October 2, he noted, “We have essentially done nothing since April as a country to help stop the spread of this virus. We have not done anything to get ready. Maybe in October, or later, I expect a sharp escalation of cases and the necessity of shutting things down again. If this is the dance we want to dance in this country, sure, we can do it, but it will come at a tremendous cost. “

The country was administering nearly six million tests per week, as of late September, according to Wall Street analysts. But even the availability of hundreds of millions of tests a month (Rockefeller/Duke-Margolis proposes 193 million/month) is insufficient, particularly for containing outbreaks in high-risk situations, Mina noted. “We need 10s of millions of tests a day, and those tests have to be used frequently, or we won’t catch people at the beginning, when they are most infectious.”

One key advance this fall is the launch of the first readerless rapid test, the BinaxNOW by Abbott Laboratories Inc. Until now, only a few rapid antigen tests have been available, such as Quidel Corp.’s Sofia SARS Antigen FIA and BD’s Veritor. All produce results in 15 minutes or less and have similar performance metrics, but the latter two require instruments to read results. The federal government has said it is buying 150 million BinaxNOW tests and will distribute them equitably among the states. But the virus does not distribute itself equitably, so that is “just lazy,” because most states, with some exceptions, “lack the expertise to use them appropriately,” Mina said. Instead, we should be using the small amounts of tests we do have smartly, sending them for example to hotspots, where people who enroll in a public health program get them a certain number of times per week, he added.

From JPM, As Healthcare Systems Block and Tackle, Medtech Priorities Should Shift

An onslaught of regulatory and reimbursement changes, along with financial and labor pressures, are shifting US healthcare system priorities as they navigate into the second year of the COVID-19 pandemic, according to panelists at a series of McDermott Will & Emery-EY healthcare symposiums during JPM week.

Medtech in 2021: Equipping for a Post-COVID-19 Rebound