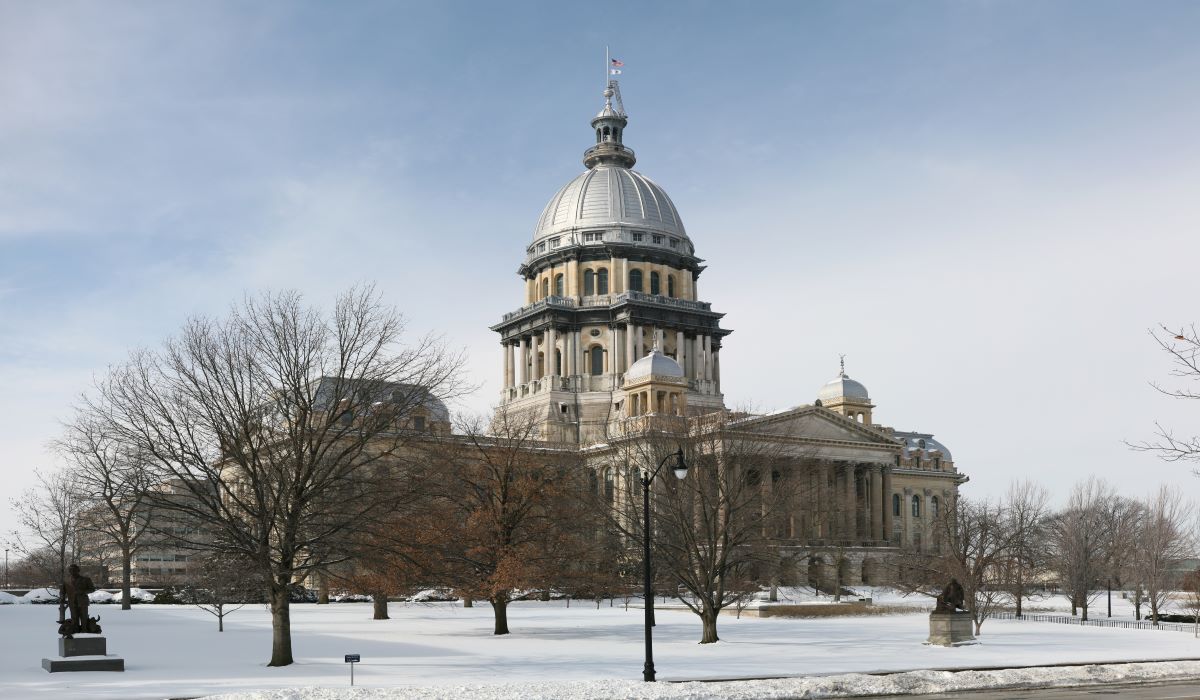 In this week’s top news pick from MedTech Strategist Market Pathways: Illinois state lawmakers are pushing forward on legislation to shut down another medical device sterilization facility a week after FDA convened a meeting to help head off device shortages that will result from such state actions. (Image: Illinois State Capitol Building)

FDA held an advisory panel meeting last week to address growing concerns of device shortages in the wake of ethylene oxide (EtO) sterilization facility shutdowns. But there was one important voice that was missing from the panel discussion: state governments. No state officials presented during the meeting, even though it is state lawmakers and regulators, in Illinois, Georgia, and elsewhere, that are largely driving the potential crisis forward.

Case in point: an Illinois Senate committee is meeting today, November 13, to consider a bill that would have a much bigger short-term impact on the operation of the medical device industry than any FDA ruling that could came out of the recent panel discussions. The legislation (HB 3888, approved by the Illinois House last month) would cause the only remaining large medical device sterilization facility in Illinois (Medline) to shut down by mandating a phase-out of all EtO sterilization.

The device industry is only two facility shutdowns away from exhausting national excess sterilization capacity for medical devices, according to calculations performed by hospital group purchasing organization Premier. FDA officials say that could have a catastrophic national impact. This, after contract sterilizer Sterigenics shut down its Illinois facility earlier this year following pressure from state regulators and community members, and a Georgia Sterigenics facility is temporarily shut down while it makes upgrades to reduce emissions.

EtO is a gas used to sterilize about 50% of all medical devices in the US; it has been linked to cancer from long-term exposure. In 2016, the Environmental Protection Agency lowered the threshold values that the agency said should be used to monitor for carcinogenic levels of EtO, and air monitoring data released in 2018 raised alarm in some neighborhoods close to EtO sterilization facilities. The EPA EtO monitoring thresholds are not intended to be regulatory requirements, and the agency is still working to better understand if and to what extent there is actually a health risk from current emissions. But local and state officials, sensing a vacuum in federal action, have responded to calls from constituents with actions that threaten the facilities ability to operate.

The feds are left on the defensive, as was apparent at last week’s meeting of FDA’s General Hospital and Personal Use Devices Panel. The discussion was meant to inform an emergency response by FDA to head off the shortages, in conjunction with two “Innovation Challenges” that have been launched by the agency to find solutions. But it’s clear FDA has limited options to have a short-term impact. The primary option supported by the panel is for the agency to provide validation for sterilization cycles or reduced acceptable sterility levels that could lower the amount of EtO needed, but those changes would likely need to be implemented on a case-by-case basis for different device types.

The panel also encouraged FDA and device firms to switch away from EtO sterilization for any devices where an alternative (such as gamma irradiation) is possible, but industry says almost all devices currently sterilized with EtO will not hold up to other industrially scaled alternatives. Meanwhile, the push to validate and scale new sterilization methods is growing, but everybody agrees those efforts will take years.

Most of the leverage sits outside of FDA. Panelists at the FDA meeting generally favored the simpler approach of pushing sterilizers to upgrade their facilities with better capturing or scrubbing capacity to abate EtO emissions. That is an issue, however, that falls completely outside of FDA authority. And it’s apparent that such steps might not be enough amid the growing political momentum to ban EtO sterilization outright. The Illinois Sterigenics facility had reached an agreement with the state to install more emission control measures, but ultimately elected to keep its plant closed in the face of community opposition.

The EPA, meanwhile, is planning to release a proposed course of action for dealing with emissions from commercial EtO sterilizers in the coming months.

As those efforts progress, FDA is trying to build support on Capitol Hill to gain the authority for devices that it already has for drugs—to require each device manufacturer to keep the agency updated on potential shortage conditions. A much more drastic possible step that was brought up at the FDA panel meeting and acknowledged by White House officials is the prospect of the Department of Health and Human Services to declare a public health emergency, potentially giving it more power to reverse state actions to close sterilization plants.

Short of that, most of the leverage on this issue resides in the state houses and governors’ mansions, not only in Illinois and Georgia, but also in California, Michigan, and other states that are considering taking action in response to constituent fears. It is at this level of government that FDA and other federal agencies, as well as industry and the medical community, need to engage on this issue to arrive at the best overall balance of risks and benefits for public health.

Onsite device facility inspections have largely been put on hold during the COVID-19 response, but there have been some important developments and debate on the topic of inspections in recent weeks, as reported by our regulatory and policy editors at Market Pathways,

Pathways’ Pick of the Week: FDA Gets its Game On